Where We Lay Our Scene (WWLOS) is a visual novel developed by Cyanide Tea for NaNoRenO 2016. Auro-Cyanide is responsible for the art and graphic design while Lorelei handled writing, programming, and sound coordination. The game features four character routes and has 13 different endings. The game was released May 11, 2016.

An updated version (1.1) and patch have been uploaded that address a critical error that comes up during the neutral ending of version 1.0. Once you get it, it may become impossible to play the rest of the game. It is recommended that all players make this update either by applying the patch to their 1.0 game or by deleting their 1.0 game and downloading the 1.1 version instead.

S T O R Y
Christian Marino has become a household name, what with his face and body always visible when you open a magazine or look out your subway train window. But now famous model Christian Marino finds himself at a crossroads. What will he do with his life once his well-known and much-cherished looks fade? Is there even anything more to him below the surface that everyone else sees? As he considers these issues of future and identity, he's suddenly cast as the lead role in a film based on a bestselling novel. With fresh new challenges to face in an unfamiliar environment, this just might be the solution Christian was looking for—to more problems than one.

The main theme for this game is crossroads. Rather than having "good" and "bad" endings, each love interest has a friendship ending as well as romantic "A" and "B" endings. Neither romantic ending is meant to be better than the other.

Christian Marino (25): The protagonist and a famous model who's acting in a movie for the first time. Despite his star status, Christian's quite level-headed and down-to-earth. He possesses something of a dry wit and is very much aware of his good looks. He isn't vain, but his confidence can come across that way and his peers sometimes complain that he ought to be more humble.

Oliver Wong (23): An up-and-coming novelist whose recent bestseller is being turned into the movie that Christian and Rainier have been picked to star in. He also wrote the screenplay, so he's constantly on set. A suave type who is very articulate and used to people fawning over him, Oliver's tactics don't work on Christian which is a source of confusion and frustration for him.

Rainier Laurent (28): A perfectionistic and hardworking actor. Up until now, he's always been cast in supporting roles and told that he isn't leading man material. Though generally a friendly guy, Rainier looks down upon Christian for being a model and relying on his looks/connections to get ahead and is unfortunately quite nasty to him. (his name is pronounced REN-yay)

Sacha Laurent (30): The CEO of a restaurant chain that grew from a single restaurant that she opened. She caters for the film staff and is also currently in Milan on business. Sacha is Rainier's older sister but isn't at all in touch with pop/celebrity culture. Bright and driven, she gets excited when discussing the culinary arts or eating delicious food.

Viola Ferrara (26): A skilled stylist and make-up artist. Viola is Christian's personal stylist and closest friend. She was once also a famous model, but left the spotlight just before coming out as transgender. A kind person, she's nonetheless a little jaded because of her experiences and will not hesitate to kick someone's butt if they're being ridiculous.

In order to download this game you must purchase it at or above the minimum price of $4.99 USD. You will get access to the following files:

is this available on steam?

Hello, I've made a full walkthrough of the game, if anyone is interested: https://sofalisabf.tumblr.com/post/187296772514/where-we-lay-our-scene-wwlos-complete

Great work on the game!

I hope to pick this game up soon. ^^ I love the theme of it.

I'm wondering the same thing, I would really like to play this game.

Hi there, I just found this game, I got through one play through now it won't load in the slightest to let me play again, what can I do to fix this?

I've been having a whole lot of fun playing this game, so much so that I decided to make a game play out of it! I'm pretty far into it now, though only the first part is up, more to come soon. Thanks for making this, I've been looking everywhere for some LGBT gameplay and it's hard to find sometimes.

This time I need help, I can't get on Oliver's route even though he's the character I wanted to pursue first. ;; I managed to get all the other routes, but not Oliver's. Any hints?

Oliver's a more light-hearted and flirty person so those kind of options will point you towards him, but you also have to recognize that he's serious about his work. Being proud of starring in the movie, appreciating or being interested in his writing...those will get him to start considering Christian a little more deeply, which is what starts the route.

Thank you very much for your help! I have now completed the game, and I loved it very much. This nanoreno entry is awesome, you really outdid yourselves with WWLOS. :)

Do you have any hints on how to get onto Rainiers route? I love the game :3 but rainiers not giving me the time of day xD

Rainier hates show-offs and shallowness, and he takes his work /very/ seriously. If you make choices that show that Christian is more down-to-earth and also takes acting seriously, you should be good!

Hello, may I ask if you plan to release this on Steam too? Because...I just love playing games in my Steam library ^^"

We will be launching a Steam Greenlight campaign for the game soon, but can't guarantee whether the game will make it onto there, of course. :'D If it does, we will certainly give out Steam codes to everyone who's purchased the game here.

Hey i just got the game and I'm loving it! One thing that caught me by surprise was that during Viola's romance route, in the conversation with the Journalist, Christian's eyebrows go missing on the line "She looks at me in surprise, but all i do is smile. I hope she realizes I'm here for her. I hope my smile is reassuring ". It gave me a good laugh but i figured you guys might want to know XD o

Oh dear, that's definitely a bug! Glad it gave you a laugh, though. We'll fix that up and bundle it with the next patch. Thank you for letting us know!

This game's been very interesting so far, but sadly it crashes on the day after the moment when Christian is being yelled at by his manager for bruising his face. :c I tried changing a couple of my choices but it still crashes...

Okay, I changed some more of my choices and managed to proceed without a crash, but here are the choices that led to a crash:

- Ask about her plans for tonight.

- To get the job done in the best way.

Thought I'd let you know about it! Anyway, I love it so far. c:

Thank you for your support and we're very sorry for the inconvenience! Version 1.1 has just been uploaded to fix this error. If you don't wish to download the whole game again, we've also provided a much smaller 1.1 patch file. Just make sure you follow the instructions and please let us know if there are any more issues!

No problem! Thank you for the very fast update and for the patch, it's much appreciated. :D

I hope I'm not being too annoying but I would like to ask if there is a method to pay directly via card? Paypal doesn't seem to like my card. Thank You in advance!

Hi, we originally disabled Stripe payments because of some issues with people making fraudulent purchases of one of our others games. We've re-enabled it for now, but may take it down again if the same problems arise. Hopefully it works for you now!

Thank You so much. I'll try to buy this game again within this week. It looks great!

Looks Awesome, I can't wait till its finished. 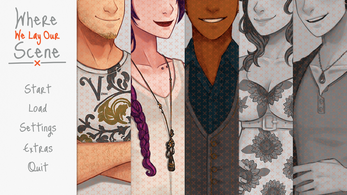 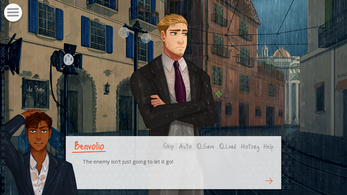 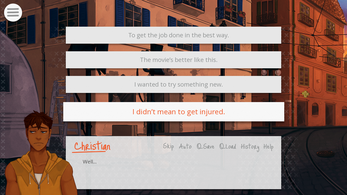 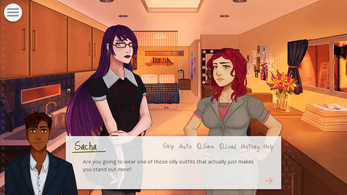 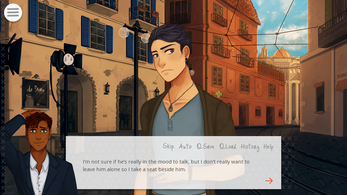